How Default Settings Rule The World

A recent study found that countries with opt-out or "presumed consent" policies don't just have more people who sign up to be donors, they also have consistently higher numbers of transplants.

The Trailer for Louis Theroux’s Scientology Movie is (Finally) Here

Although it debuted at last year's London Film Festival, the trailer was only released this week. The full film is likely to be released in cinemas in October or November.

Postcards From The Past

This account posts fragments of real postcard messages accompanied by the card itself. I've been to the Cumberland Pencil Museum, alone. 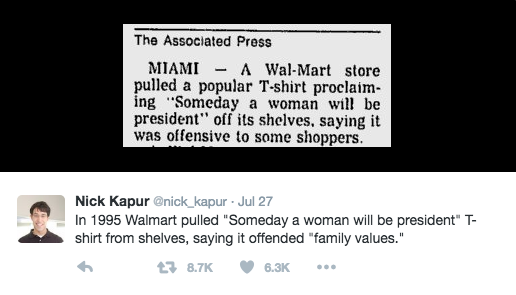 The T-shirt Pulled By Walmart For 'Offending Family Values'

Jeremy Corbyn and the Paranoid Style

This is the best exposition of the Corbyn situation I've read so far. He's followed a movement, not created one, and it's founded on paranoia.